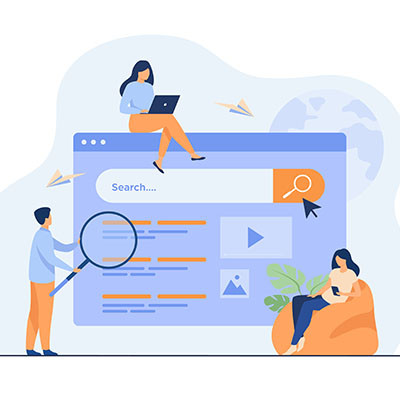 You probably use Google more often than you think, but there are, of course, other search engines out there that perform similar functions. Why, then, is Google by far the most popular one? We’ll discuss some of the pros and cons of the various other search engines, but let’s start with Google itself.

Google is Definitely the Most Popular

At this time of writing, every second, Google sees more than 99,000 searches per second, totaling up to 8.5 billion searches per day. More than 92% of all Internet searches are conducted through Google. Plus, people use the word “Google” like it’s a verb, i.e. “I’ll Google it.” No other search engine sees this kind of special focus.

Why is Google So Popular?

In short, accuracy is the big reason why people prefer Google to the alternatives. Google gives you the most accurate results based on your searches. Google has all kinds of signals out there to determine what appears in the search results, and it accomplishes this in half a second while digging through over 30 trillion web pages on the Internet.

Of course, it’s not a perfect system, and Google can be tricked into showing things when it ordinarily wouldn’t. People often leverage search engine optimization (SEO) to outpace their competitors in search result rankings. However, more often than not, it’s hard to manipulate what Google shows without investing a considerable amount of work into it. Despite this, Google tends to provide the best results compared to the other options.

Google Searches Are Customized for the User
Everyone has a unique experience with their Google searches based on several different variables, like location, past search history, the device, and other information that Google finds helpful for giving you the best results possible. You might notice this while you are traveling, for instance, like if you’re looking for something like a pizza shop in the middle of a new city. Google will give you the best results based on these variables.

This also can be seen as a negative, though. Google’s search engine can potentially contribute to a filter bubble, which occurs when an individual surrounds themselves with thoughts, opinions, and information that they themselves believe. It’s like when a conspiracy theorist is validated by searching for something on the Internet, then finds that there are others that also believe the same things as they do, thus validating their opinions and beliefs without any evidence to the contrary.

This bubble effect is exacerbated by the way the content algorithms work. A platform will continue showing you content that you engage in and content that you find interesting, so over time it will become less accurate—at least, that’s the idea, anyway. Without contrary opinions, evidence, or results, the results will eventually skew in one direction over the other.

Google mostly gets it right, but sometimes it can be a bit much for some individuals. Google has taken steps to limit its impact in this regard, and perhaps that is why Google no longer has the 98 percent market share it once did.

There Are Alternatives, Too!

We’ve discussed Google pretty thoroughly here, but there are other options to consider for your search engine preferences. We’ll go over some of the alternatives in future blog articles, so be sure to keep an eye on our feed.

There’s a misconception in the business world that being too nice will make you appear as a pushover, but as far as cliches go, “Nice guys finish last” doesn’t have much supporting evidence in favor of it.