Smartphones of 2022 - The Flagships 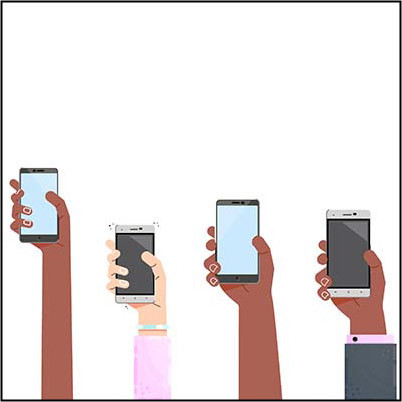 The smartphone has ushered in a revolution for communication and productivity, and in today’s world, it’s critical that we keep an eye on the developments in smartphone technology to ensure workers stay competitively productive and ahead of the game. Let’s examine three of the flagship smartphone devices for early 2022.

Google has been known to produce solid smartphones, but the Pixel 6 Pro is the first real “flagship” phone it has released over the past several years. With a 6.7-inch LTPO AMOLED display and a polished aluminum body, it’s a sleek device that will impress any techie. It also comes equipped with a new processor using the Tensor chip, a collaboration between Google and Samsung that is specifically made for the Pixel series of phones. This Tensor chip makes software and hardware optimization allows it to run the new Android 12 operating system extraordinarily well.

Pixel phones are also used by some of the best content creators, as they sport impressive cameras and software optimization for next-level pictures and videos. It has three main cameras: a 50 MP wide-angle lens with optical image stabilization (OIS), a 48 MP telephoto lens with OIS, and a fixed 12 MP ultrawide angle lens. Other features include a 5,003 mAh battery for 84 hours of life, an under-display fingerprint sensor, and 23W fast-charging. With three colors available (Cloudy White, Sorta Sunny, and Stormy Black) and a price tag of $899, you’ll be sure to find a Pixel 6 Pro that fits your needs.

Apple’s iPhone 13 Pro Max is the next in their incredibly popular iPhone series. Built with a stainless steel frame and Gorilla Glass on the front and back, the build quality has never been better. Furthermore, with a 1,284 x 2,778 resolution, 6.7-inch Super Reina XDR OLED display, it is impressive on the visual front, as well. In terms of processing power, this device runs iOS 15.2 on Apple’s proprietary 15 Bionic chipset. While this device only has six gigs of RAM, Apple’s signature software optimization is on-point here as well, so you get more for less.

The 13 Pro Max sports three rear-facing cameras, including a 12MP wide-angle lens with sensor-shift (a technology used in many high-end cameras that stabilizes the sensor rather than the lens), a 12 MP 77 telephoto lens with traditional OIS, and a 12 MP ultra wide-angle lens. It also has sensor-shift technology and optimization for iOS 15.2, making it perhaps one of the best content creation smartphones on the market. Other features include a 4,352 mAh battery (a life of about 121 hours) and 27W fast-charging capabilities. It does not, however, have a fingerprint reader, instead opting for the Apple Face ID software for security, along with IP68 protection against dust and water. The 13 Pro Max is available in Graphite, Gold, SIlver, and Sierra Blue for $1,099 from the Apple store and most wireless carriers.

Samsung has released some of the best devices on the market, and with the Galaxy s21 Ultra, this trend is not changing. The display is a 6.8-inch Dynamic AMOLED 2X display with a 1,440 x 3,200 resolution housed in an aluminum frame with Gorilla Glass Victus on the front and back. The device also runs with a Qualcomm Snapdragon 888 chip with either 12 GB or 16 GB, depending on the model. For its operating system, this smartphone uses Android 11 with Samsung’s One UI 3.1. There are rumors that Samsung’s latest UI, One UI 4.0, will run on Android 12 and will be available soon.

The camera setup is also quite impressive, offering four different camera experiences: a 108 MP wide-angle lens with OIS, a 10 MP telephoto lens with 10x optical zoom with OIS, another 10 MP telephoto lens with 3x optical zoom and OIS, and a 12 MP ultrawide lens. The front-facing camera is a whopping 40 MP. In terms of security, there is an in-display fingerprint scanner. With a 5,000 mAh battery, this device houses 114 hours of battery life with 25W fast charging. The s21 Ultra is IP68 water and dust resistant and comes with s-pen capabilities for the first time. Available in a number of matte finishes: Phantom Black, Phantom Silver, Phantom Titanium, Phantom Navy, and Phantom Brown, the Galaxy s21 Ultra starts at $1,199.99 and can be purchased from Samsung or at one of the major carriers.

These smartphones will dominate the U.S. smartphone market for the year of 2022, but there are other options. The OnePlus 9 Pro, Xiaomi Mi 11 Ultra, and Sony’s Xperia PRO-I are all strong contenders for best phone of the year.

Check back next week when we cover some of the best valued smartphones on the market!

When It Comes to Your IT, a Little Redundancy Can ...
Businesses are Resisting Remote Work for Many Know...

More posts from author
Friday, May 27, 2022 Save Time and Money with Workflow Automation
Wednesday, May 25, 2022 Focus on Building Your Remote Management for the Best Hybrid Experience
Monday, May 23, 2022 Innovation in the Workplace Doesn’t Have to Be an Annoyance for Your Team

Save Time and Money with Workflow Automation
How often do your employees find themselves stuck in repetitive task loops that not only kill their productivity, but also their motivation? Depending on the task at hand, it might be more often than you, and especially more often than they...
Read More