Artificial intelligence has become a popular topic to discuss in the business world, and like just about any current technology trend, you know Microsoft has to hop on the bandwagon with its own solution. Microsoft’s new AI-powered image generation tools will be integrated into many of their applications moving forward.

Anyone who has created something from nothing knows that the most stressful part of the process is getting started. If there’s already something on the page, however, suddenly things become a lot easier and less of a struggle.

One example is the new Microsoft Designer application. It uses AI to give users the ability to provide a description of what they need to DALL-E 2 AI. The image generation platform will then generate images based off of the user’s input. This feature was originally built into Microsoft PowerPoint, but it was useful enough to warrant its own standalone application.

There are plans to implement Designer into Edge and Bing as well to give users more ways to create social media posts and custom images.

There Are Some Hangups, Though

This type of technology has plenty of applications, but there are some issues that will need to be considered, both in existing software and in fresh new ones like Designer.

The idea of AI-generated images is in itself a controversy due to the way these image synthesis models work. They take millions of images from the Internet, many of which are protected by copyright laws, then create images inspired from them. The AI platform is (naturally) not asking for permissions to use each and every one of these images, and it certainly isn’t referencing the authors for their work either.

The other problem is that the Internet is the Internet, and thus the DALL-E 2 could potentially be using images that are less-than-savory or unwholesome in nature. It might just be pulling images with social biases, inappropriate material, or other controversial content that could be involved with the generation process and, by extension, Microsoft’s integration with its tools.

On that topic, however, Microsoft has been quite transparent, referencing a partnership with OpenAI to ensure safeguards are in place to address any potential concerns. It’s also worth mentioning that they are not rushing this process; they are taking their time and ensuring it is done correctly.

What Are Your Thoughts?

We’d love to hear your thoughts on this technology, but more than that, we’d love to know how we can help your business implement new technology to best serve your company. To learn more, call us today at (717) 620-3042. 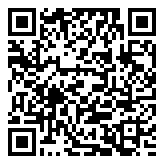