What You Need to Know About the Growing FinTech Market 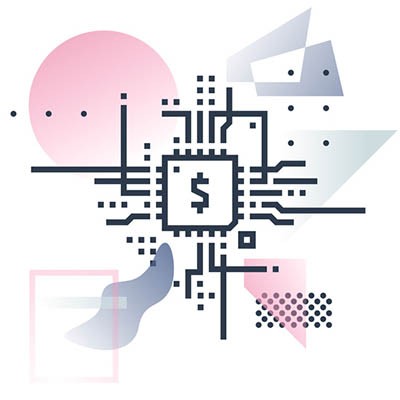 Money needs to move in order for the economy to work. Traditionally, banks are the major lending institutions, and as a result have to adhere to a myriad of regulations. To provide an equitable system that people aren’t afraid to utilize, there are a lot of checks and balances that have put in place by the bank and regulators, alike. Today, there is growth of what are called marketplace lenders (MPLs) that are changing the way people (and organizations) can access capital and it is fueled by what is referred to as FinTech, or financial technology. Today, we will take a short look at FinTech and how it is changing the way we manage, borrow, pay, see, and use money.

While the banking institutions have to deal with stringent lending regulations, MPLs are relatively new, and use what is known as FinTech (financial technology) to lend, collect, and distribute the capital they have. Consumers are starting to catch on, and in all, over $7 trillion is at risk of being displaced from the financial services market as a result of the growth of these organizations. MPLs are in an advantageous position because they are in a position where they utilize modern technology which insulate them from runaway systemic risk inherent in non-regulated financial transactions. Today, legislators are trying to figure out ways to regulate these organizations that won’t necessarily hinder their ability to innovate, but will work to keep them from taking advantage of consumers.

What is FinTech?
FinTech is technology used to track and manage finances. Your credit card, your PayPal account, and your personal account dashboard on your bank’s website is all FinTech. Using technology for finances isn’t new, but like many other technologies that have advanced as hardware and software improvements have been made, it’s just being repurposed outside of the traditional banking structure. FinTech today covers a whole lot of ground. So while banks have been doing this for a long time MPLs are backed with enough VC to start a small country and that capital allows these organizations to invest like no independent companies have been able to before. It often provides nice returns for a lot of investors. So while it is an affront to the banks, investors aren’t having to limit their sights to banks for financial services.

Nowadays, most of the money is flowing through asset managers who are taking the capital that is entrusted to them by investors and investing it in non-traditional ways through technology. Defining FinTech can be a challenge in itself as the language differs substantially depending on where the company operates and what type of lending facility it is being used for, but as far as the need to adhere to federal regulations, new FinTech models present gray areas that are likely going to have to be addressed at local or state levels as regulations haven’t been implemented yet. Federal investigators have been looking at the sector for much of the past five years. So while the traditional banking structures are threatened by these restrictions on what they can and can’t do with the capital, the new marketplace lenders have been able to do more with less.

Payday Loans
Independent lenders have been around forever. Tales around the shylock that will come and pay people a visit if you don’t pay their bookie are all over the culture. One lending organization that has been very controversial is the payday loan market. In essence a person that needs fast money can take out a short-term, high-interest loan. If they pay it back by the next paycheck, no harm, no foul, the lender takes its small fee and everyone is happy.

The bad things start happening when they can’t pay the whole loan back on time. Once the loan is past due, it is basically renewed with interest added. Most of the people that will utilize this service need a couple hundred dollars quick and can’t wait until their next paycheck. If the borrower can’t pay, they are making a situation that was already dire, much, much worse. These loans have been outlawed in several U.S. states for their predatory nature, but in the places that haven’t outlawed them, they are seeing new challenges in the form of FinTech lenders.

FinTech lenders like LendUP and Elevate are now seeking to disrupt the payday lending industry by offering people who are in need of small, short-term loans, money on dramatically different terms. The biggest difference is that instead of resorting to heavy-handed, predatory tactics, they work with borrowers so they don’t get in too deep. So while the payday loans may have been convenient for the borrower, one misstep would put them up against it--the new FinTech model is helping people rebuild their credit through data driven analysis.

What FinTech services do you currently use? Would you recommend one to others? Leave your thoughts in the comments below.

Facebook Twitter LinkedIn
Tags:
Technology Application Financial
Getting to Know Technology: Processor
Your IT is Your Business’ Health... We Can Help Ta... 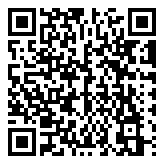