Why Shadow IT is Such a Big Deal 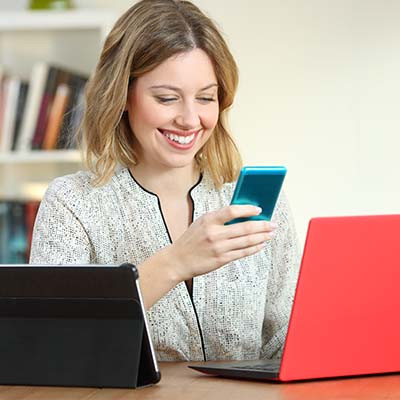 Shadow IT is a considerable problem for businesses that rely on IT in their operations. Let’s take a  quick look at what shadow IT really is and how it can impact your business. We’ll also discuss ways you can avoid it.

First, let’s define what shadow IT is.

Simply Put, Shadow IT is Stuff You Don’t Know About

The best way to describe shadow IT is any application that’s on your business’ network without the knowledge or approval of your IT department. Keep in mind that shadow IT is not inherently malicious, either. It could be done with good intentions, but according to the definition, if it is unknown to your IT department and thus unapproved, it would be considered shadow IT.

Why is Shadow IT a Big Deal?

In most cases, shadow IT is not malicious, and it stems from an employee hoping to do their jobs better. If one of your team members, for example, suddenly loses access to their preferred spreadsheet software, they might install something from the Internet just to get the job done quickly and efficiently rather than bother your IT department with the details. Unfortunately, this behavior can create problems for your business.

First, consider what is happening when an employee downloads a program off the Internet. Who knows what else is coming along for the ride? A threat could easily be hidden amongst the code of their new application. The employee may also have downloaded an illegal copy of the software rather than pay for it, which would of course be piracy. Compliance is also an issue, as the data involved with these software solutions might not necessarily be subject to the same protections as on your in-house network or systems. And that’s not even mentioning collaboration—how can your employees collaborate if they don't use the same tools?

Despite the best intentions, shadow IT creates more problems than it solves.

Shadow IT Comes in Many Forms

Shadow IT can show itself in various ways, including:

How to Deal with Shadow IT in Your Business

Here are some of the steps your business can take to mitigate shadow IT on its network:

Your IT Team Needs to Keep Track of All Technology Resources

A comprehensive list of IT resources can help you realize when something doesn’t quite belong. This list should be accessible to whoever does your routine network maintenance.

Your IT Team Needs to Keep an Eye on Your Network

Similarly, monitoring your business’ network can help you determine when something isn’t going quite right. It can catch shadow IT before it even surfaces.

Your IT Team Needs to Keep Strict Guidelines in Place

Regulations and guidelines are not going anywhere, so you need to make a concerted effort to ensure your business (and your employees) are adhering to them. This might mean blocking the use of unapproved solutions until your IT department has had a chance to review them.

Shadow IT can pose some serious problems for your business if you don’t have a policy in place to handle unsupported applications. If you need more information about how to keep shadow applications off of your network, or how to provide your staff the resources they need as a part of a supported software profile, give BlackCSI a call today at (717) 620-3042.

Tags:
Users Workplace Tips Network Security
3 Ways You Can Take Advantage of the Internet of T...
Does Your Organization’s Hardware Support Windows ...