Windows 8.1 Is Running Out of Time. Here’s What You Need to Know 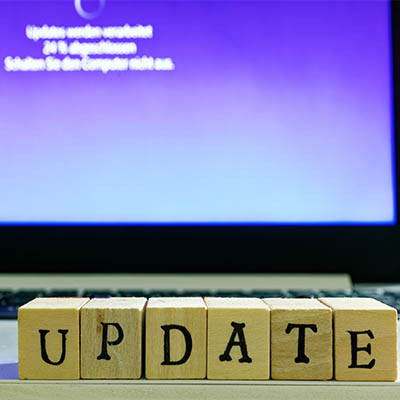 With the release of Windows 11 on the horizon, it is important that businesses looking to implement it start to consider not only their hardware, but their strategy to upgrade away from their current operating system. But that’s a topic for another day—we’re focused today on the folks who don’t even have Windows 10 yet and are still stuck in the days of Windows 8.1, an OS expiring in 2023. Don’t get caught unawares without a plan to upgrade.

Windows 8.1 is Only Kind of Windows 8

You might wonder what the difference is between Windows 8 and 8.1, and the scope of these differences might surprise you. Windows 8 released in 2012 with the intention of being used on all kinds of devices, including smartphones, laptops, and desktops. Unfortunately, this design philosophy led to many users becoming confused about the interface and its features, and many users just kept to old reliable Windows 7. Microsoft eventually took the hint and released Windows 8.1, a massive update that brought back many features that had been staples of the Windows operating system for years, including the Start menu.

With 8.1’s release, Microsoft took the opportunity to “replace” Windows 8 and prematurely cut off support for Windows 8 (at least, prematurely in regards to the usual update cycle for Windows operating systems). With Windows 10’s release, Microsoft offered a free upgrade to users of Windows 8 and 8.1, so you can imagine that many users took advantage of this opportunity—so much that only about 3.5 percent of the current Windows user base still uses 8.1. This is probably why you might not be aware of 8.1’s end-of-life event, especially when you consider how small this install base is compared to previous end-of-life events for major operating systems, like Windows XP and Windows 7.

What You Need to Know

If you currently use Windows 8.1, then you should at least start to consider upgrading away from the operating system entirely, at least to Windows 10. However, if you would rather wait until Windows 11 launches, and you have the hardware to run it, that is certainly a viable option as well. Either way, the hard truth of the matter is that if you don’t take action soon, you will be putting your company at risk for no good reason, as you have had the adequate time to make the change before 8.1’s end-of-life event.

Why Is It Important to Only Use Supported Software?

Each new version of Windows operating systems comes with modern conveniences that coincide with what businesses need, as well as modern protections against the threats that want to drag them down. If you don’t regularly update your operating system, you cannot take advantage of these features. Furthermore, you’re just putting your business at risk for no good reason, so it’s of critical importance that you work toward upgrading away from Windows 8.1 as soon as possible.

If you need help with this process, we at BlackCSI can offer support every step of the way, whether you need assistance with installing new operating systems, upgrading away from legacy applications, or the procurement of new hardware for your new solutions. To learn more, reach out to us at (717) 620-3042.

More posts from author
Wednesday, August 17, 2022 4 Actions You Can Take to Secure Your Wireless Network
Monday, August 15, 2022 A Windows Vulnerability found in your Calculator? Here’s What You Should Know
Friday, August 12, 2022 Managed IT Services Destroy Downtime

4 Actions You Can Take to Secure Your Wireless Network
Businesses today need to have a robust and secure wireless network, but building one isn’t always that easy. Since there are a lot of machines that use your business’ Wi-Fi—from core machines that are essential to your business’ productivit...
Read More