3 Security Lessons We Learned the Hard Way in 2017 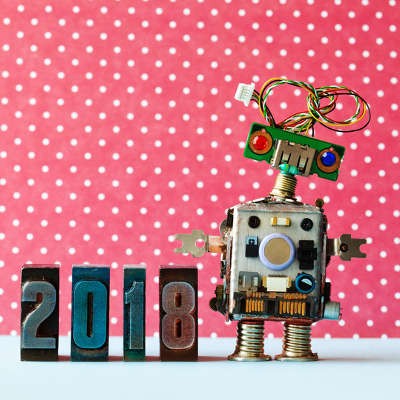 2017 was filled with security issues ranging from threats and small attacks to major security breaches. You can learn a lot from the misfortunes of other ill-prepared organizations about how to prepare for and handle cybersecurity issues. This week’s tip is dedicated to learning a bit from some of the security problems that may have flown over your radar last year.

Lesson One: Track Your Data
The Yahoo and Equifax data breaches led to countless individuals losing track of their data and how it’s used online. These breaches made it unbearably clear that even some of the largest organizations in the world aren’t immune to the dangers of the Internet, and even they could become victims if they didn’t pay particularly close attention to their security. In some cases, these breaches remained unannounced for months.

This observation led to the belief that small and medium-sized businesses must be much more careful with their data than they previously had been. If large companies can be toppled by security threats, then so too can small businesses (since they likely have smaller security budgets and less comprehensive solutions put in place). Therefore, a small business should also take as many measures as possible if it should hope to secure its future.

Lesson Two: Patches Are Extremely Important
Patches and security updates are one of the best ways to prevent data breaches. In the Equifax case previously mentioned, it would have been vital. Patches are implemented by developers with the express purpose of resolving holes in their solutions. Yet, 2017 has shown that some companies need to put a higher priority on patching, as many of the issues that 2017 saw could have been prevented with proactive patching.

Everything starts with the developers, though. If the developers don’t issue the patches and updates in the requisite timetable, the problems posed by the threats could have plenty of time to cause as much damage as possible. For example, the bug that allowed the EternalBlue exploit wasn’t patched until a month after the issue had become known. The exploit was then used alongside other threats, like WannaCry and NotPetya, to cause even more trouble for organizations and individuals, alike.

Therefore, we recommend that you apply patches as soon as possible after they are released. We also recommend that you maintain a consistent patching schedule, routinely deploying them as you can. After all, the longer you wait to deploy a patch, the longer you have to become infected by the very bugs that they are designed to fix. Plus, the longer the patch is available, the longer it is available to hackers. These nefarious actors could take it apart and discover what vulnerability is being addressed, affording them time to create code that would negate the effects of the designated patch.

Lesson Three: So Many Ways for Data Theft
Cisco has found that business email and account compromise attacks are five times more profitable than your typical ransomware attacks. In fact, the Federal Bureau of Investigation estimates that BEC attacks have lost businesses over $5 billion. Therefore, your organization needs to take a stand against common security threats. One way you can shore up defenses for your infrastructure is with traditional endpoint security. If you can keep threats from accessing your network in the first place, you’re setting yourself up for success. You can use access controls to ensure that a hacker can’t access your entire infrastructure from a single unsecured endpoint. We also recommend educating your employees through security training so that they are made more aware of their role in network security for your organization.