Tip of the Week: Prime Your Business for a Successful 2018 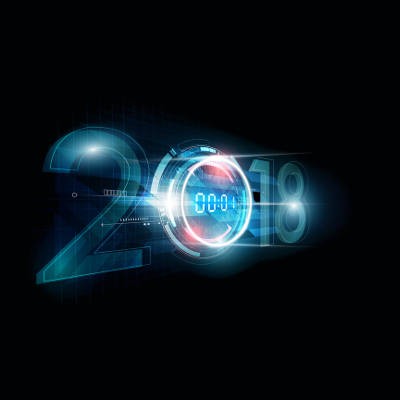 As 2018 progresses, certain technologies and implementations are becoming more prominently used by businesses. These trends are anticipated to continue, so it only makes sense to embrace these technologies sooner rather than later. Today, we’ll review some of these technologies, why they are expected to grow, and how you can use them to benefit your business operations.

Blockchain
The rise of cryptocurrencies have brought the blockchain into the spotlight, but the abilities of the blockchain that permits cryptocurrencies to function also have applications in the business world. Simply put, blockchain technology allows for information to be secured and protected. Furthermore, business processes can be streamlined and made more secure as well, replacing third parties with smart contracts that are able to confirm actions without exposing data to security risks.

Internet of Things
The Internet of Things, or the IoT, is already becoming a standby in daily life. Countless devices are able to connect to the Internet as a means of their general function, communicating with other devices and activating processes based on predetermined factors. This allows for tasks to be completed without the risk of user error.

However, there are still some concerns about the IoT, namely, a general lack of security incorporated into the devices. As a result, it may be best to simply monitor how the IoT is being improved upon--waiting until its security is up to standards before diving in. With any luck, improving the security of these devices will be a focus during 2018.

Chatbots
While the importance of maintaining an open line of communication with clients and customers is indisputable, many companies lack the internal resources to dedicate the commitment to comprehensive support. Improvements in chatbot interfaces have made them an increasingly viable option for companies to field incoming messages, as artificial intelligence attends to many concerns and greatly reduces the number of problems that your staff has to deal with.

As a result of these improvements, more industries are likely to increase their use of chatbots for a variety of purposes.

Subscription Model
The ability for most solutions to be delivered and maintained via an Internet connection has led to a shift in software deployment. Instead of needing to buy a new version of the software every year, the subscription model allows companies to pay a monthly fee for the security of knowing that the software they are using is the most recent (and secure) version available.

Automation
It should come as no surprise that a technology that allows focus to be shifted from menial tasks to other, more pressing considerations would be welcomed in the business world. Automation permits exactly this, with artificial intelligence and predetermined processes stepping in and providing certain business needs.

While there are many processes and fields that still require a human touch, automation allows for more time to be committed to them, and less to “busy” work.

Which of these technologies do you see having the biggest benefit for your business? Let us know in the comments, and make sure you subscribe to our blog!